Bush Aussies is an audio drama set in the fictional Australian country town of Wallaby Bay during the 1980s.

An artist from the city inherits a cottage on the main street in the sleepy town of Wallaby Bay. He wants to put it on the market and pocket the money to enhance his career but he must live in the cottage for a year first before he do anything with it. It all seems simple enough. Afterall. how hard can it be to live in a cottage in the country for a year? There’s one thing he didn’t count on though – the close-knit community of Wallaby Bay.

The story behind the theme song
The theme song was composed by creator Caetlyn McLean in 1993 and was inspired by one of the most popular Australian soap operas at the time, A Country Practice. It was originally going to be the theme song (and series name) for a children series – set in the country – Caetlyn was writing at the time but never eventuated. That particular series, unfortunately, has since been lost to the ages.

Now, after 30 years, she’s finally realising her dream – to write a series based on country Australia in the 1980s.

Why Bush Aussies?
We decided to create an audio drama that reminds listeners what was like back in the 1980s when people actually cared for the well-being of others. It will also be filled with the sort of colourful yet unique language that only 1980s country Australia can provide!

Bush Aussies is a name Caetlyn has wanted to use for a show’s title since 1993. 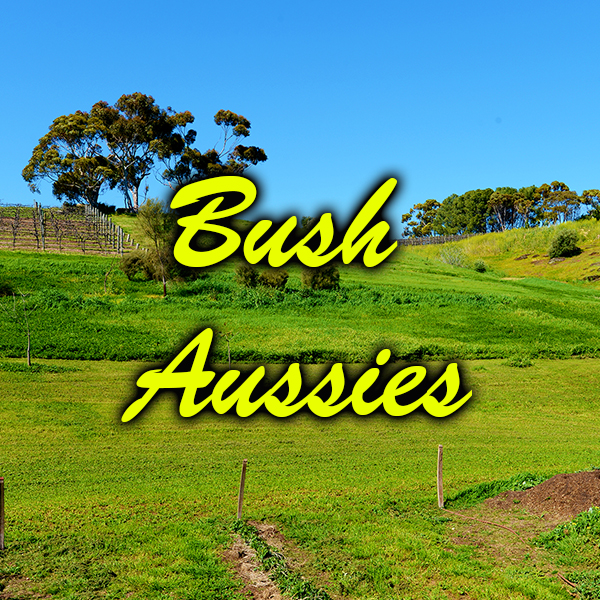 Set in the 1980s, an artist from Adelaide, with dreams of getting rich, inherits a house in the country. There’s only one catch – he must live in it for a year first.