Inner Paradox tells the story of a young woman trapped in a coma, who tries to work out how she ended up in the predicament in the first place. 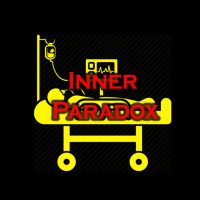 Inner Paradox is a podcast of a different type. It tells the story of a young woman trapped in a coma from her point of view. As well as the sense of sight, we aim to reproduce the sense of smell, taste and touch through the power of sound alone.  It is hoped that this will give the listener something to think about when they take off the headphones.

At the moment, we have Ellie narrating the story. She is telling you what you should be feeling and tasting. We have even written a bit of a backstory as to how she ended up in the coma and she is trying to figure it out herself.

Eventually, we hope to phase out Ellie’s narration and let the listener do the thinking. It is hoped that the sounds we implement into the production will evoke the emotions of a person trapped in a coma and give the listener something to think about when they take off the headphones.

There may be a few hit and misses along the way but we hope that, with each edition of the podcast, we will eventually reach to our goal.

Here are a few suggestions needed for best listening experience

Inner Paradox began as an audio project for a university assignment way back in 2006. Named Sounds of Darkness, it was told from the viewpoint of a young blind woman trapped in a coma. She used audio clues heard by the activity around her and various flashbacks to work out how she ended up in the coma in the first place.

Caetlyn McLean, who wrote the play, received a Distinction for her efforts. She then went on the work on the second phase for the production as part of a more advanced assignment – adapting it into a small film known as Inner Core.

Using the audio from Sounds of Darkness, Inner Core was set mainly on a theatre stage. The flashback scenes were filmed in a house some weeks perviously and were projected onto a scrim which was co-incidentally used for another unrelated project at the time. Rather than seeing the scrim as a setback, it added a new form of separation between the main character, Ellie, who was on the stage and her sister, Beth, sitting alone in the audience watching Ellie’s performance.

That was over 10 years ago. We are now going back to our roots and attempting to re-create the audio project as a truly unique experience!

Sounds of Darkness
Sounds Of Darkness was recorded in 2006 as part of a university media assignment. It is the first ever recording of Inner Paradox.

1st Edition
The first edition of the story started off with just three actors. Hence, the characters in the story were written to accomodate the actors’ gender.